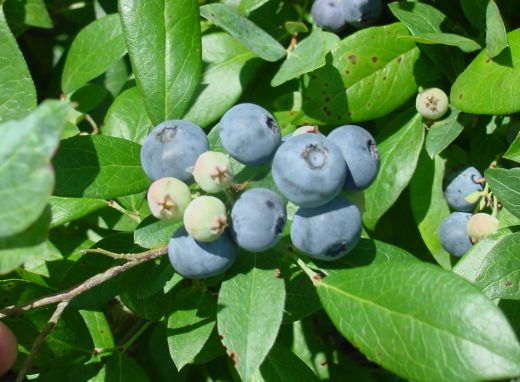 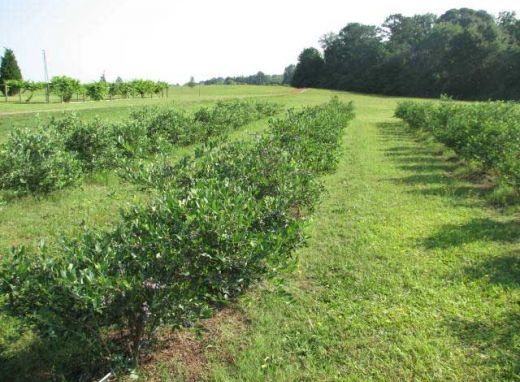 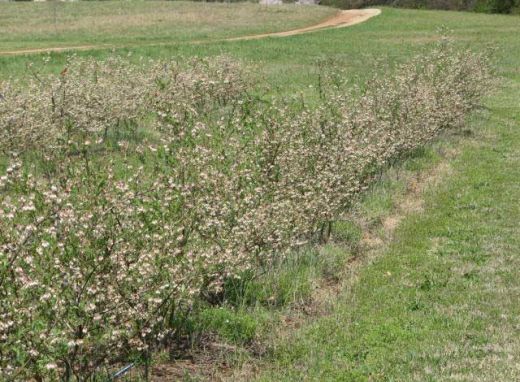 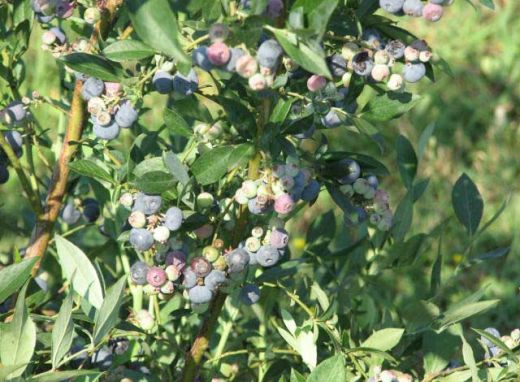 Vernon is an early season rabbiteye blueberry with favorable fruit attributes, large berry size, high yields and excellent plant vigor. Although plants of Vernon often flower seven days after Climax in south Georgia, they can flower earlier than desired in some years when tempatures warm up quickly.  However, Vernon fruit ripens early for a rabbiteye, usually several days ahead of Climax and Premier.

Vernon produces a high yield of large fruit of excellent quality. Berries are large and have excellent firmness, color, flavor and dry scars, which contribute to good shelf life. Both flavor and berry size improve as fruit hang ripe for an extra few days.

Vernon is recommended where rabbiteye blueberries are grown successfully as an early ripening cultivar to replace Climax and/or Premier. Vernon’s estimated chill hour requirement is 450 hours or less below 45 degrees F. Vernon has shown to be suitable for mechanical harvesting.

Care should be used in fertilizing Vernon, as over-fertilization—especially of nitrogen—can promote excess vegetation that does not readily contribute to yield. The variety should be planted with other rabbiteye blueberries such as Alapaha for cross pollination.