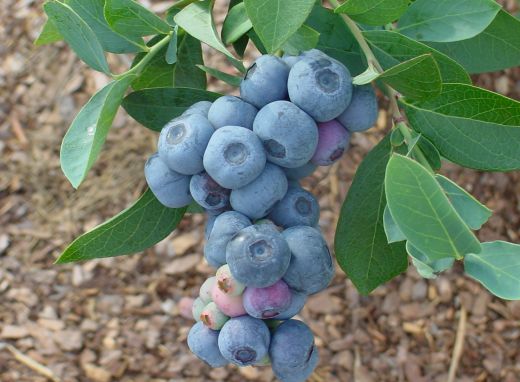 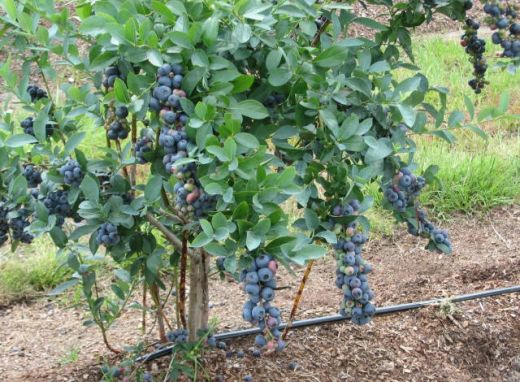 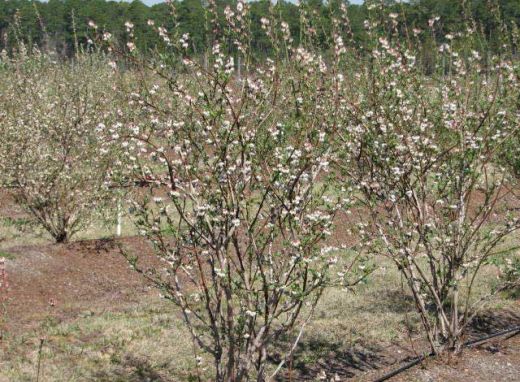 Titan™ was released for commercial use as well as pick-your-own and homeowner markets. The plant has a high degree of vigor and is not unduly affected by blueberry pests or diseases.

Plants are upright, and crowns are narrow. Plants have responded well to pruning and hedging, reinvigorating easily with new healthy fruiting wood. This variety should be suitable for machine harvesting.

Titan™ berry color and flavor are good, and dry scars contribute to good shelf life. Berries are very large, often exceeding 3 g/berry, which is larger than any rabbiteye released to date. Fruit are also very firm, and hang well on the plant when ripe. The ability to hang well allows for even greater berry sizes to be achieved as berry size continues to increase after fruit turn blue.

Titan™ is recommended where rabbiteye blueberries are grown successfully as a commercial, homeowner, and pick-your-own variety. The estimated chill requirement of the variety is 500 to 550 hours 45o F (7o C). It should be noted that Titan™ can have significant fruit cracking under wet conditions during ripening. This splitting is a physiological phenomenon, not completely understood, that occurs periodically after heavy rains that occur while the fruit is ripening.

The variety should be planted with other rabbiteye blueberries for cross pollination. Vernon is a recommended companion variety.

Rabbiteye blueberry cultivars constitute the major portion of the Georgia blueberry industry because the species has high plant vigor and is highly adaptably in the Southeast. But the smaller berry size often diminishes the rabbiteye cultivars’ market potential to compete with larger fruit from highbush cultivars, especially in fresh markets. Rabbiteyes’ smaller berry size also makes harvesting by hand difficult, and UGA researchers had been breeding to develop larger fruit to resolve these issues when they developed Titan™.