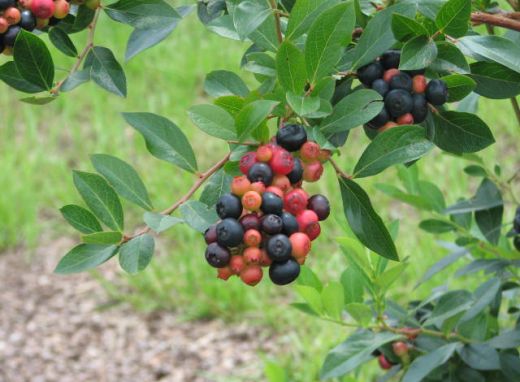 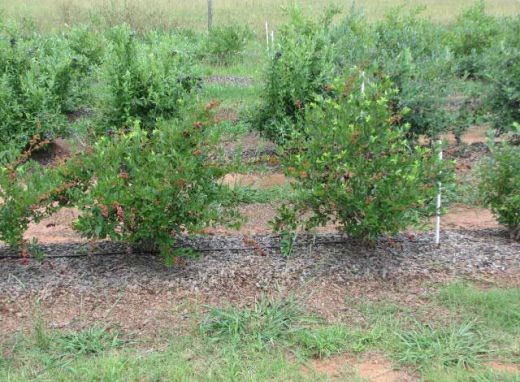 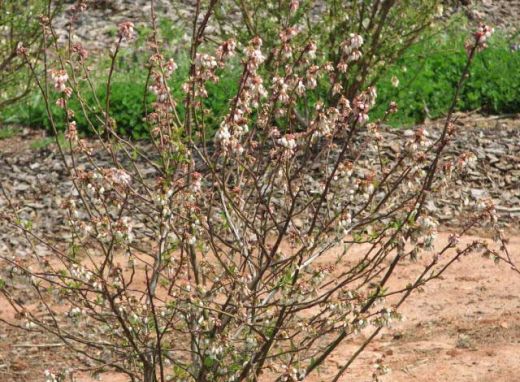 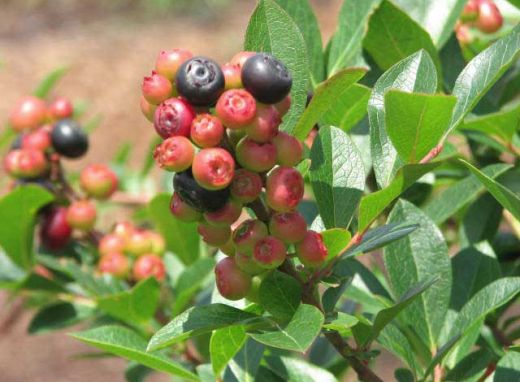 Summer Sunset™ is a complex blueberry hybrid, mostly rabbiteye (V. ashei), that was released as an edible ornamental. Interest in edible ornamentals by both the home garden and landscape industry is growing. Consumers are increasingly attracted to edible plants that offer aesthetic appeal while providing them with the opportunity for garden fresh produce from their own gardens. Summer Sunset™ provides a blueberry with ornamental appeal that may well satisfy consumers.

The plant of Summer Sunset™ is vigorous, reaching a height of 4 feet with a canopy width of more than 2.5 feet on 3-year-old plants. It produces attractive flowers and an abundance of multi-colored berries as they ripen. Its foliage is non-glaucous (without a waxy coating). Foliage is attractive in the spring and summer, although nondescript in the fall with complete defoliation occurring in early winter. The plant has no notable disease or pest problems.

Berries are generally medium-sized and progress in color (based on the Royal Horticultural Society’s color chart) from RHS Yellow-Green 145 C, to RHS Orange-Red 34 C and N34 C, to RHS Red 47 C, to RHS Red-Purple 59 C, to RHS Black 202 A when fully ripe. Fruit are slightly tart when first ripe, and gradually get sweeter as they hang.

This variety ripens with early rabbiteye blueberry varieties Alapaha, Climax and Premier in the Southeastern U.S.

This variety has a chilling requirement of 500 to 550 hours 45o F (7o C) and will likely perform well in USDA hardiness zones 6b thru 9a. Companion varieties for cross pollination are recommended. Suggestions are Titan and Pink Lemonade.