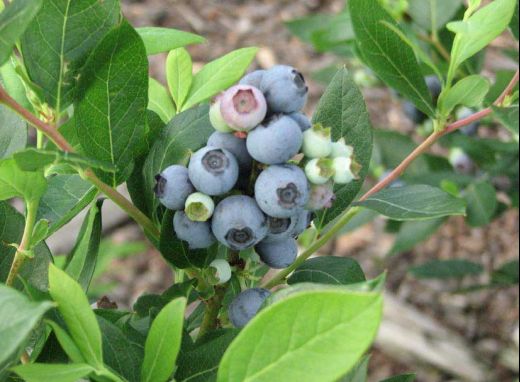 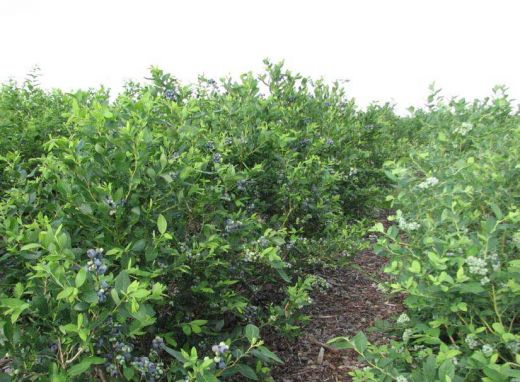 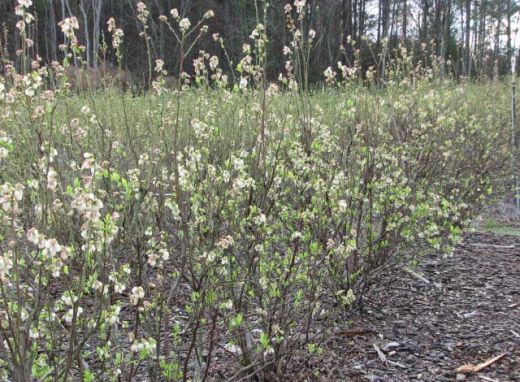 Georgia Dawn™ is a Southern highbush (mostly Vaccinium corymbosum) with good plant vigor with an upright growth habit and narrow crown. It is early flowering (February-March) and ripening (end of April and early May). No notable disease or other pest problems have been observed for Georgia Dawn™ that are not common for other varieties.

This variety is very early ripening—in seven to twelve days earlier than the varieties Rebel and Star in south Georgia and more than two weeks earlier than Emerald—and should be grown with overhead sprinkler frost protection for more reliable production.

Georgia Dawn™ has medium to large berries with good flavor. It has good fruit scar and firmness.

Yield estimates are typically as good as for Star and Emerald, although usually somewhat less than the high-yielding Rebel.

Georgia Dawn™ should be grown with frost protection (overhead sprinklers). It may be suitable for mechanical cultivation. While the variety is self-fertile, a companion variety would be good for pollination; Rebel is suggested.