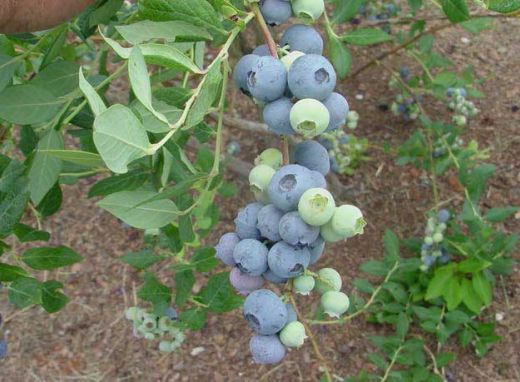 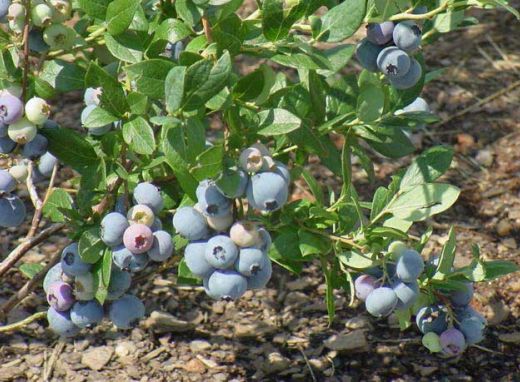 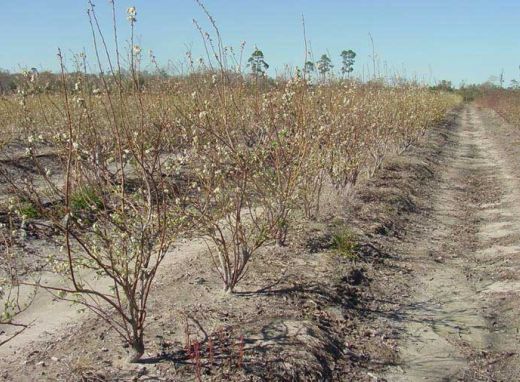 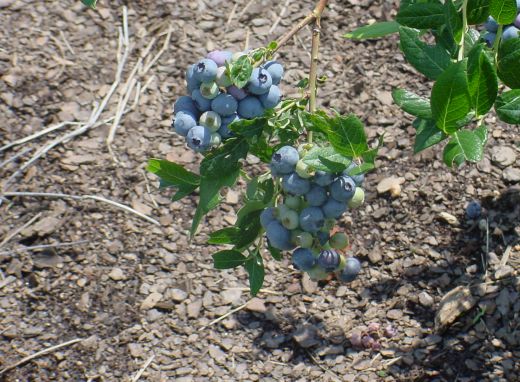 Camellia is a mid-season southern highbush blueberry that has highly attractive berries, especially with regards to color and size. Plants are very vigorous with narrow crowns and strong, upright cane growth.

Commercial growers who want a high-quality, mid-season blueberry that takes them up to early rabbiteye ripening time should consider Camellia in areas where southern highbush are successfully grown. Camellia should also be a good choice of southern highbush for pick-your-own since flowering is a little later than most southern highbush varieties and the ripening period is somewhat extended.

A large berry size and strong blue fruit color make this selection desirable for marketing. Berries are large (up to 2.5 g and greater), firm and flavorful.

One of the more outstanding characteristics of Camellia is its high degree of plant vigor as compared to many other southern highbush cultivars, both with and without pine bark mulch. The variety has proven to be adaptable across a wide range of growing conditions. Camellia flowers and ripens five to nine days after Star in south Georgia. Camellia requires 500 chill hours.

Care should be taken to not over fertilize Camellia, as it can grow excessively. Recommended companion variety for cross pollination is Suziblue for commercial growers and Palmetto for home gardens.

Tested as TH-621, the Camellia blueberry was selected in 1996 at the Coastal Plain Experiment Station in Tifton, Ga., from a cross of MS-122 X MS-6 made by the U.S. Department of Agriculture. Camellia has been tested in plantings at Alapaha, Ga., since 1998.